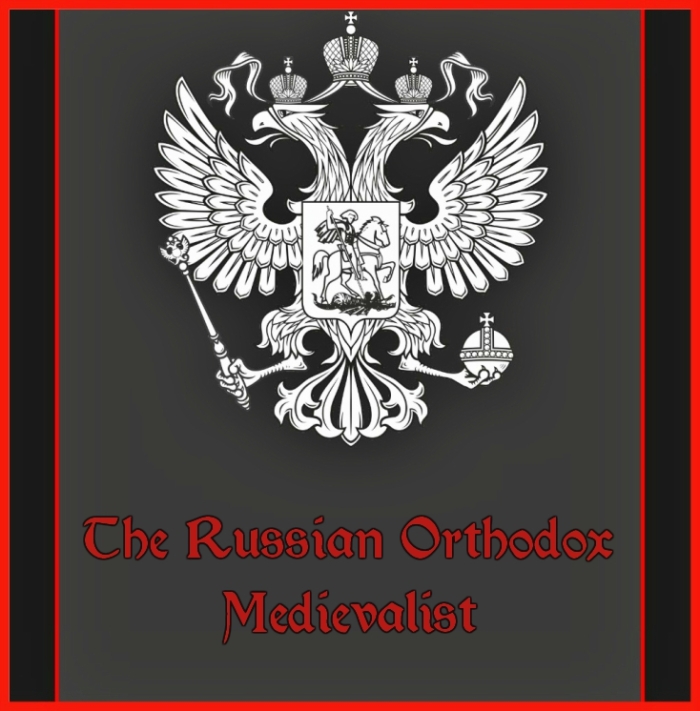 This online journal is a compilation of the academic essays of Professor Matthew Raphael Johnson. Given Russia’s extraordinary rebuke to American liberal arrogance, revisionist work on Russian history is sorely needed. He was the first among English speaking Orthodox writers to understand Putin as a needed balance to the American empire and globalization more generally. In 2009, Dr. Johnson created The Orthodox Nationalist, a well-known series of lectures on all facets of Russian Orthodox history and philosophy. Beginning in March of 2016, TON was reborn under the sponsorship of the Traditionalist Youth Network.

Johnson’s work centers around the delegitimization of the new, globalized capitalist system. This Leviathan is a demonic, serpentine dominion spreading the postmodern acid of American mass-zombification to the world. The neurotic American capitalist has “liberated the individual” so as to create the isolated mass-man, a crippled, malformed cipher largely incapable of higher-order thought. It is the “average American.”

In 1999, Dr. Johnson completed his doctorate at the University of Nebraska at Lincoln as a recipient of the Clare and Marguerite MacPhee Fellowship. He focused on anti-modernist social philosophy and defended his dissertation that detailed Michael Oakeshott’s critique of Positivism. He is a former professor of both history and political science at the University of Nebraska (as a graduate student), Penn State University and Mount St. Mary’s University. Since 1999, he has been the editor (and is presently Senior Researcher) at The Barnes Review, the famed renegade journal of European history.

Dr. Johnson is the author of seven books which include five from Hromada Books, including Sobornosti: Essays on the Old Faith; Heavenly Serbia and the Medieval Idea; Orthodoxy, Autocracy, Nationality: Lectures on Medieval Russia; The Ancient Orthodox Tradition in Russian Literature and The Foreign Policy of Mass Society: The Failure of Western Engagement in the Middle East. And two published by The Barnes Review, The Third Rome: Holy Russia, Tsarism and Orthodoxy; ; and Russian Populist: The Political Thought of Vladimir Putin. His latest book is also under Hromada Books, Officially Approved Dissent: Alasdair MacIntyre’s Strategic Ambiguity in His Critique of Modernity.

Dr. Johnson’s Patreon page is now live. It features essays that will not be published anywhere else. Very soon, it might even feature videos on geopolitics and philosophy to subscribers. This will be an ongoing project dealing with all facets of international relations

Dr. Johnson, due to an ugly divorce he didn’t want, is now substantially in debt. Furthermore, for reasons that aren’t entirely clear, the IRS has levied a considerable debt on him as well. Every dime raised from this site is used exclusively for research expenses or debt service. Dr. Johnson’s substantial and growing body of work was accomplished with no institutional support. The continued existence of his work is dependent on your generosity. He despises asking for money and didn’t even want us to put this section up, but in this case, it’s a humiliating necessity.

Interview with Sven Longshanks on Dr. Johnson’s Response to the Orthodox church on accusations of ‘racism’. (September 20 2016)

A Patristic Glimpse into Our Age:
Antichrist and the End of All Things

“According to God’s Purpose” –
The Truth about Tsar Ivan IV, Oligarchy and the
Legacy of Medieval Russia

Agrarianism and the Counterrevolution:
The Ideology of Illusion and Modernity

The Alchemy of Interest, Usury and Modernity
A Review of SM Goodson’s Inside the Reserve Bank:
The Origins and Secrets of Central Banking Exposed (Norfolk and Good,
2013)

Alienation, Tyranny and Ethnicity:
Notes on Ukraine Under The Revolutionary Yoke

The Allied Intervention in the Russian Civil War:
The Myth of Western Anti-Communism

An Outline of Putin’s Success:
Authoritarianism, Tradition and the Survival of Russia

Anarchism and Orthodox Community:
The Politics of Sobornost, the Ancient Ritual
and the Destruction of Old Russia by the Petrine State

At War with Prometheus:
The Philosophy of Hyhorii Skovoroda

Belarus: Stronghold against the West

Beyond the Deceptions of Mundanity:
The Christian Anarchist Thought of
St. Valentin Sventsitsky

Bulgaria in the European Union:
Volen Siderov, Social Nationalism and the Resistance to Dependency

Burma in the Crosshairs of Global Capital:
The Former Military Junta of Burma as a Rational Response to
Neo-Imperialist Manipulation

Charlemagne’s Empire:
The Resurrection of Rome on the Ruins of Usurers and Frauds

The Church on Relations with Heretics

“The Cold and Sour Temper of These Backwoodsmen” —
Antifederalism, Alexander Hamilton
and the Bill of Rights

The Cold War:
Grandiosity and Rhetoric as a Diplomatic Confrontation
between Two Factions of the Ruling Class

The Collectivization of Reality:
The Social Vision of Valentin Rasputin

Communism and Political Terror:
Trotskyism, Stalinism and the West in Revisionist Perspective

The Confrontation between “Josephites” and
“Non-Possessors” as Ideological Wishful Thinking

Confronting Deceit:
Revisionist Essays on the True Nature of the
Soviet Union

Delegitimizing the Beast:
Solzhenitsyn’s Condemnation of Materialism and Its Western Origins

The Demiurge:
The Petrine Revolution and the War Against the Russian
Orthodox Church in the 18th Century

The Demolition of Civilization:
The Police, Racial Myths and the Media

The Donbass Rebellion and the Political Idea of Novorossiya

Empire at All Costs:
London, Vienna and the Causes of World War I

The Enlightenment as the Ideology of the Beast:
Light, Darkness and Shadow
in European Political Life

Ethnicity, Will and The State

Female Entitlement and Academic Corruption on Trial:
The Regime and the Amy Bishop Murders

“Finally We are Justified!”
Metropolitan Seraphim (Lyade) and the
Russian Orthodox Role in Hitler’s Counter-Revolution

Foundations and Principles of National Security:
Goals and Objectives in the Realist Theoretical Tradition

The Foreign Policy of Mass Society:
The Failure of Western Engagement in the
Islamic World

The Fraud of Bourgeois Christianity:
The Prophets and the Economic
Doctrine of the Orthodox Church

Free Will: Plato, Spinoza and the Hegelian
Synthesis

The Heart of the Matter:
Why Do Jewish Elites Hate Europeans?

Hegelian Economics, Metaphysics and the Social
Form of Beauty

The Heresy that Never Was:
The “Ethnophyletism” Hoax, Usury and Historical Illiteracy

Heroes of Postmodernity: The Greek Military Junta of 1967-1974

The Homosexual Perversion:
A Jewish Criminal Simhke for the Postmodern
Corporate Conformist

Human Sin and the Will in Patristic Thought:
Augustine and Clement against the Montanists

Hyperreality in Film:
The Skulls, the X-Files and the Cognitive Dissonance of the Elite

Indicting the Beast:
The Legal Principles of Alexander Lukashenko

John Henry Newman on Wisdom,
Nominalism and the Foundations of Social Justice

Judaism in Medieval Novgorod:
The Development of the Russian Orthodox Church
Doctrine on the Jews

Law Without Grace:
The Problems with the Toll House Theory

Letter to the Editor

Lev Tikhomirov on the Jews, Revolution and
The “People’s Will”

Life in the Iron Age:
“The Transformation of Daphne into a Laurel” as a Significant Part
of Ovid’s Historicism

Marlowe’s Doctor Faustus and the Disordered Will:
The Renaissance, Alchemy and Greco-Roman Paganism

Marx and Lenin on the European Revolutions of the 19th Century

Metaphysical Economics:
Agrarianism, the Garden of Eden and St. Ephraim the Syrian

The Metaphysics of Archbishop
Nikanor (Brovkovich) of Odessa (1827-1890)

Money Fetishized as Organic:
Christianity, Usury and the Power of Fraud

“Name Worship,” Epistemology and the Abuse of Christian Philosophy
A Revision

Nation and State:
An Extended Definition and Analysis

Nationalism and Orthodoxy in Ukrainian
Political Thought:
The Ontology of Resistance

“Necessary and Sufficient” Ethics:
The Theory of Hegemony in Antonio Gramsci

Nominalism, Psychology and the Underground Man:
The Revolt against the Mass

Notes on Orthodox Ecclesiology:
Created Grace and the Mystification of Episcopal Power

The Old Ruthenian1
Struggle:
Orthodoxy and the Unia in Austria-Hungary

Open Letter to the Orthodox, Clerical Authors of the
“Statement Concerning the Sin of Racism”

The Osculum Infame in the Balkans:
Albania’s Alliance with the Globalist World Order
and its Catastrophic Repercussions

Paganism is not a Religion:
The Social Significance of the Ancient Gods

Plato’s Gorgias as a Premodern Attack on Modernity

Postmodern Empire:
Dependence, Debt and the Nature of Anti-Globalist Resistance

Pride and Propaganda:
The Failed Gamble of Patriarch Gabriel of Serbia (1881-1950)

Profit as Rent:
The Federal Reserve, the Gold Standard and the
Disaster of American Monetary Policy

Putin’s Orthodoxy: A Few Ideas about His Religious Views
and the New Russia

Reason and Man’s Devolution into Insanity:
The Social Ontology of Gregory the Great

The Regime:
Usury, Khazaria and the American Mass

The Revolt of the Zealots in Thessaloniki (1342-1350):
Monasticism and Monarchy at the End of the Byzantine Empire

The Roman “Social War,” Democracy
and the Advent of Christianity

Russian History and the Myth of the Cold War:
Western Capitalism as the “Builder of the Workers Paradise”

Science, Darwin and Religion:
Irreducibility, Nominalism and the
Failure of the Scientific Establishment

The Sexual Revolution in Post-Reform Russia:
Left-Radicalism, Feminism and its Connection to Terrorism
from 1861 to the Great War

Ship of Fools:
A Response to the Conclusion of the
Ecclesiastical Court on September 17 and the
Verdict Written by Fr. Enoch (Gavin Fetter)

The Sins of Jeroboam:
The Paramount Significance of the Old Testament
Prophets in Understanding the Modern World
(originally written in 2008, revised 2016)

Soviet Ideology, Western Delusion and
The Russian Orthodox Church in the USSR

St. Augustine and Friedrich Nietzsche on the Will:
Two Views of Asceticism, Foundationalism and Time

St. Augustine as an Orthodox Father:
Confronting the Philosophical Ineptitude of His Critics

The State as the Enemy of the Ethnos

The Symphony of Authorities in Russian Political Thought:
The Spirit, the Crown and Chalcedon

Thomas Aquinas on Charity:
Citizenship and the Scholastic Idea

Thoughts on Solitude and the Hermitage:
Emerson and Thoreau on the Abandonment of
Reason in Mass Society

To All Bishops, Priests, Deacons and Laymen of the
True Orthodox Church (Autonomous):

To the Synod of the Autonomous Metropolia:

The Ukrainian Orthodox Conception of Sobornopravna:
The Prophets, Nominalism and the Ontology of Empire

The Ukrainian Presidential Elections of 2004-5:
Myths and Facts

The Virtual Empire:
The Case of Serbia and the Murder of Milosevic (2006)

Was There a Mongol Yoke?
The Historical Difficulties with the Mongol Invasion of Russia

Women as the New Nobility:
Feminism, the Rule of Fear and Contempt for Thought

The Wesleyan Revival in England and the Enlightenment:
The Depravity of Total Depravity

Yet Another Six Million:
The Fable of Pogroms against Jews in Tsarist Russia

Dr Johnson can accept Bitcoin donations at this address: 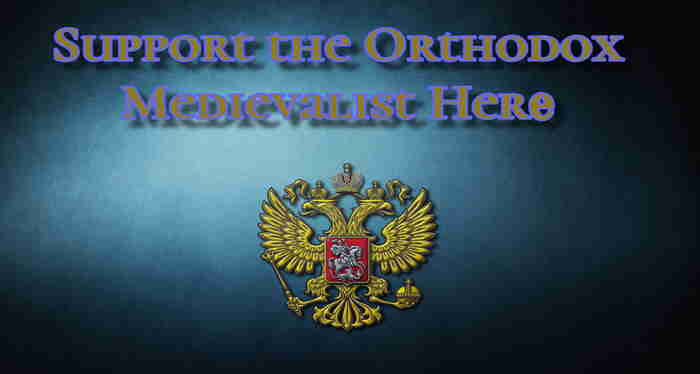 Use Cash-App to donate to $Raphael71